Former belligerent party members and underage soldiers of the Army of Bosnia and Herzegovina, the Army of Republika Srpska and the Croat Defence Council they now jointly speak to the youth about the harmful consequences of their wartime engagement. Through the project titled Children of War to Children of Peace, they spoke to young people in 30 workshops in secondary schools across the country about reasons why, after so many years, they now believe that their involvement in military formations as teenagers was wrong, and how it affected their growing up and today's life. 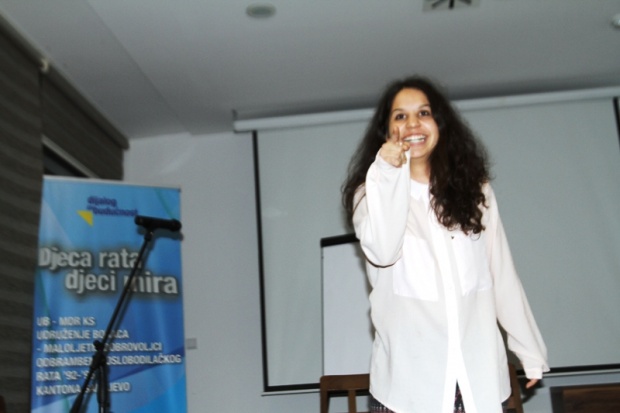